The sector of application of plastic gears has grown significantly in the last decade. However, the lack of ISO, DIN or AGMA standards for the analysis of the resistance of technopolymer gears has provided uncertainty on the design methodology; this meant that, for years, the only accepted method for gear design was the German guideline VDI 2545. However, a new directive for the design of thermoplastic gears was introduced in 2014. This is VDI 2736 Directive, which outlines a broader guideline consisting of 4 parts:

The greatest difficulty for the design of plastic gears is the lack of data: the quantity of variables to be taken into consideration, in fact, is very wide. Not only: these variables increase if we consider the different behaviour of the various types of technopolymer families. 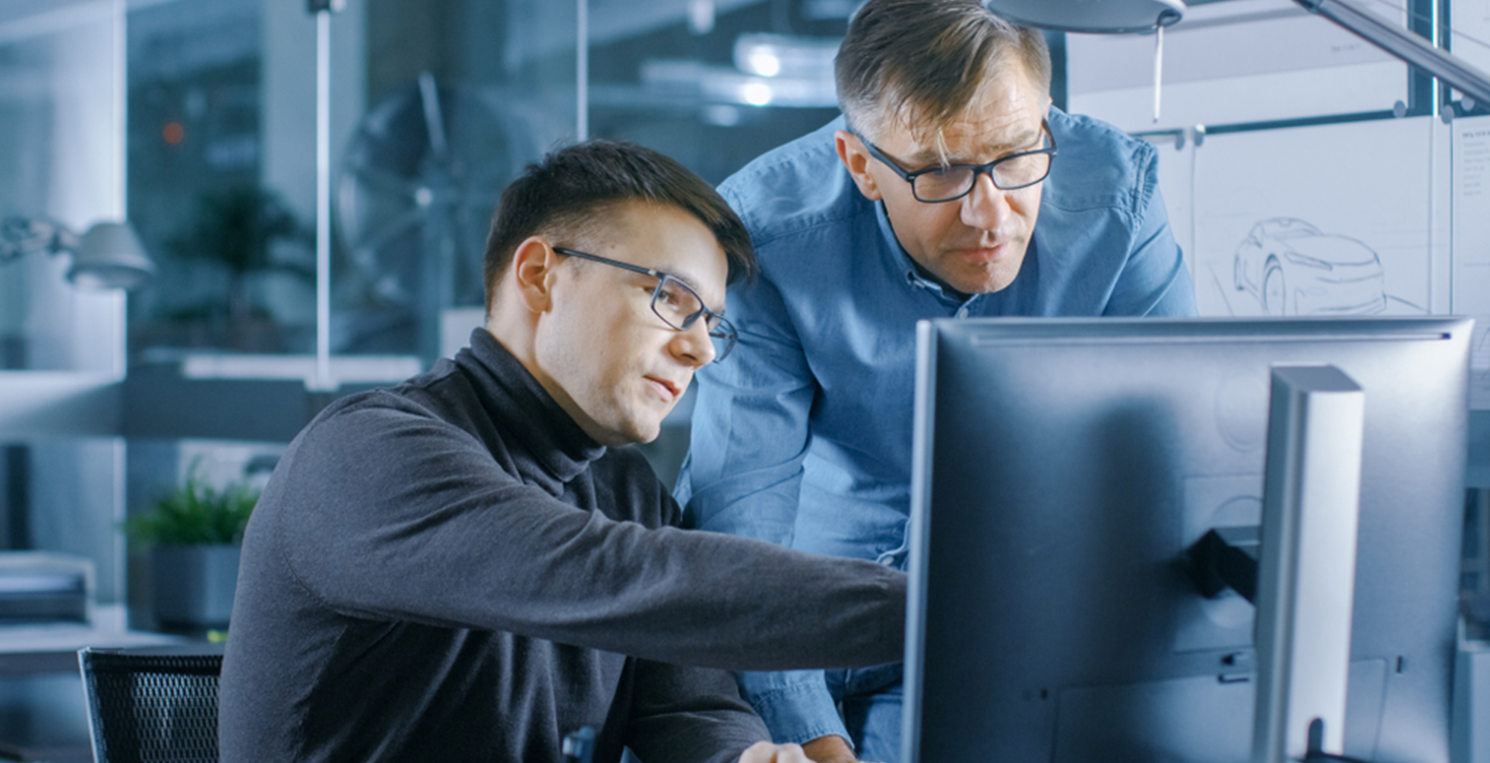 Help with the integration of VDI 2736 Directive for the design of thermoplastic gears: we present the KISSsoft software.

KISSsoft has now become the international standard for the mechanical gear industry. The software, in fact, offers a valid aid in the integration of the VDI 2736 directive. In particular, with the release dated March 2016, the calculation of the deformation and wear of technopolymer gears was added thanks to the integration of data tables collected from the tests developed by the manufacturers of plastic materials.

For years Stagnoli has been a leader in the design of technopolymer gears and is the first of its kind to reproduce cyclic fatigue tests on its gears. The intersection of the data deriving from the design with KISSsoft with those of its own internal tests allows us to estimate the useful life for each type of gear and to give a definite answer about the feasibility of the application.

But let's go into detail by examining a small example of how to optimise an established geometry by intervening on some parameters to increase the useful life of the gears.

We consider the real case of the creation of a cascade gearbox   in technopolymer with an output torque of about 9 Nm.  Let us consider, in particular, the last stage of the reduction, the most mechanically stressed, focusing on the pinion which is the weak link in the chain. Once the geometry has been set (module, number of teeth, spacing) and by entering transmitted torque and number of revolutions, the resulting safety factors are evaluated (see figure 1). 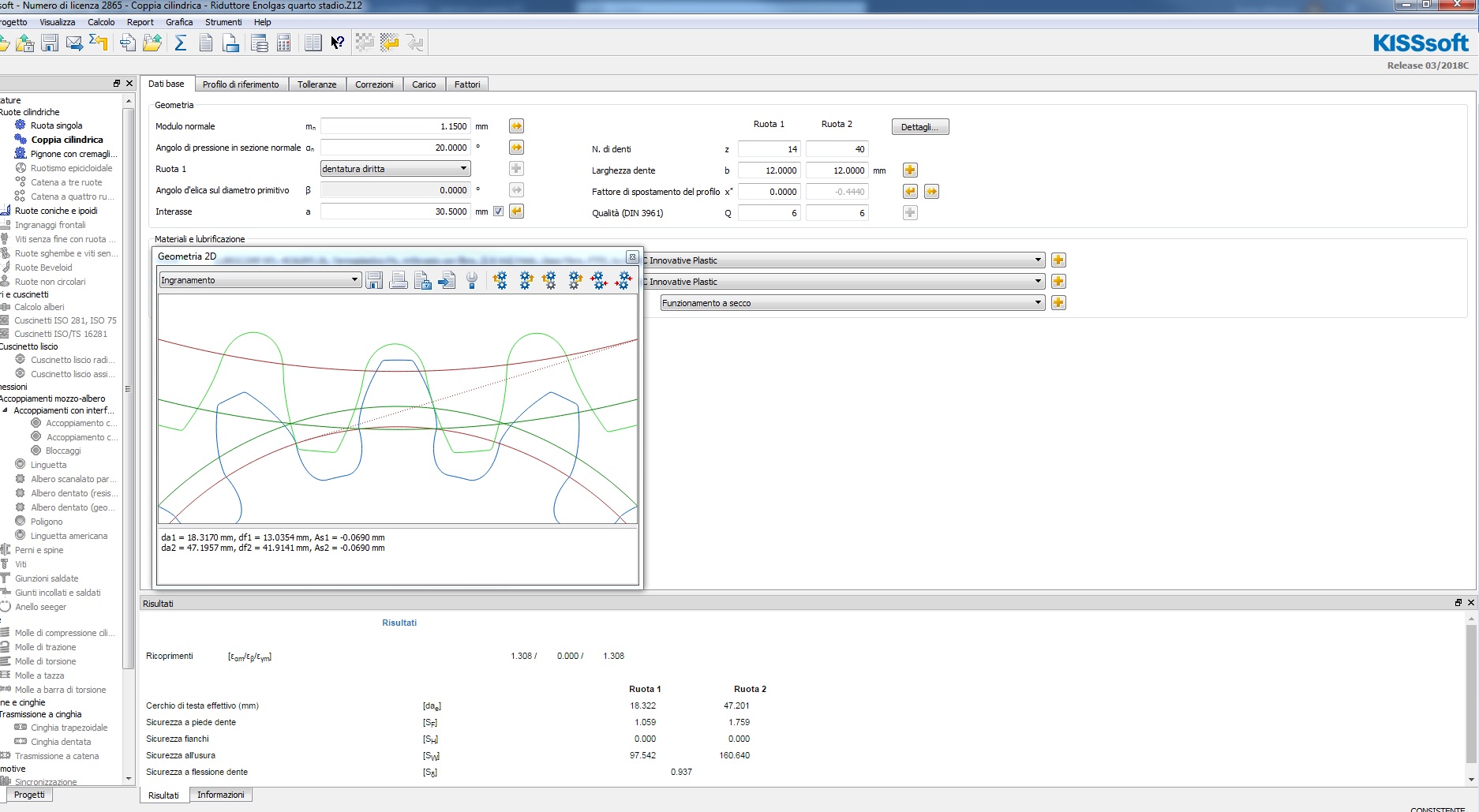 We define the various main items that are taken into consideration:

If reference is made to Figure 1, both the profile contact ratio and the safety coefficient at the tooth root of the pinion are low. At this point, having set the geometry and the wheelbase, we try to intervene on some parameters. At this point, it is possible to proceed by maximising the radius of the tooth root and balancing the displacement factors of the profile so as to thicken the teeth of the pinion thinning those of the crown in safety. As can be seen from Figure 2, the profile contact ratio is increased by approximately 20%, while the safety factor at the root tooth of the pinion is increased by 55%. 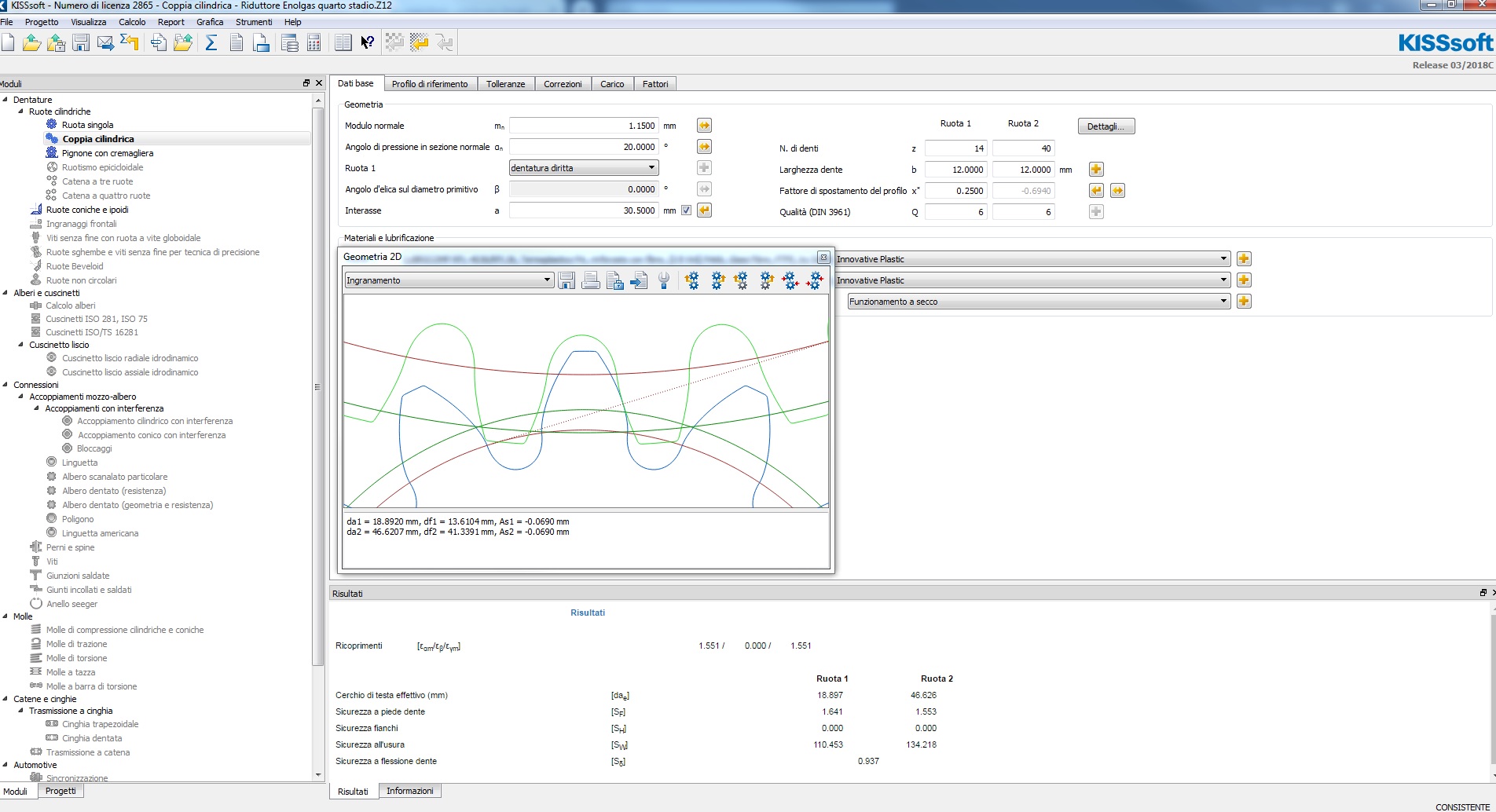 This is just a small and simple example of how to design and optimise the useful life of technopolymer gears in an application.

If you wish to receive more information about the VDI 2736 Directive for the design of thermoplastic gears or if you wish to submit a project, contact us.